Looks like the 808 installer has been broken. It does not present the prompt when FC XE is still open, but instead crashes. 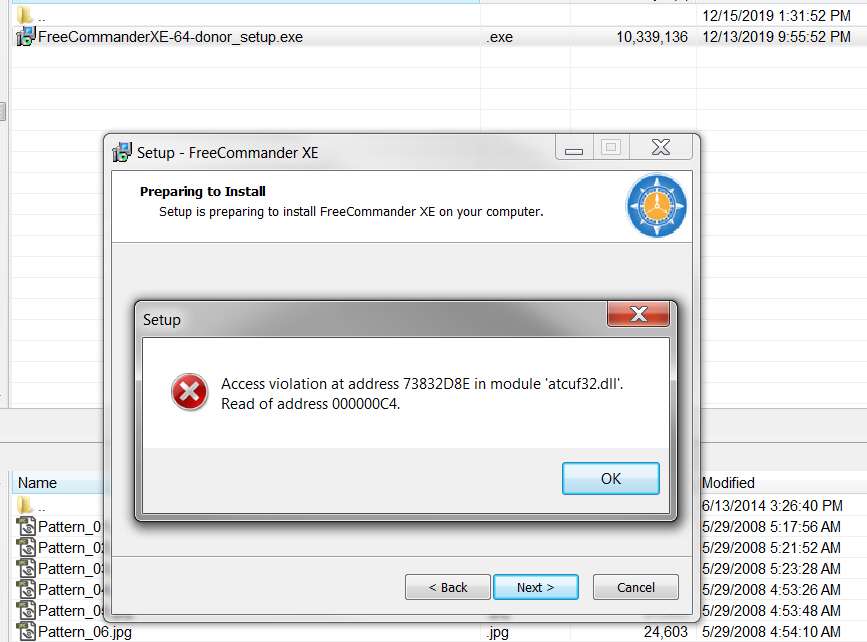 If I manually close FC XE before getting to this problem point the installation proceeds normally and successfully, with no crash and 808 install completed.
Top

Short search by Google and you can see, the file is from Bitdefender https://www.freefixer.com/library/file/ ... ll-275182/
Your Bitdefender was updated probably.
Top

Hmmm... you're right. That file is from BitDefender.

Never had this failure before 808. But I just retried the install of 807 and it failed exactly the same way as 808 did.

In any case I will contact BitDefender and let them know. This is definitely something new, and absolutely related to FCXE still being open at that point in the install script which triggers the conflict detected by the installer and which previously used to successfully trigger the "FCXE is open, should I automatically close it?". Something must have been changed recently in BitDefender to cause this.

Thanks for the heads-up.
Top

Have opened a ticket with BitDefender.

Turns out simply disabling their "Exploit Detection" (sub-feature of "Advanced Threat Defense") did not prevent the abend. Still occurred.

But when completely disabling "Advanced Threat Defense", well now the abend disappeared and the expected FCXE window about "FCXE is currently open..." once again appeared as it always has in the past.

They've been advised now, and will chase down whatever recent change they made which is responsible for this.

Thanks again for directing me to them as the "culprit".
Top
Post Reply
4 posts • Page 1 of 1

Users browsing this forum: No registered users and 18 guests